#32. The not so sweet truth about sugar 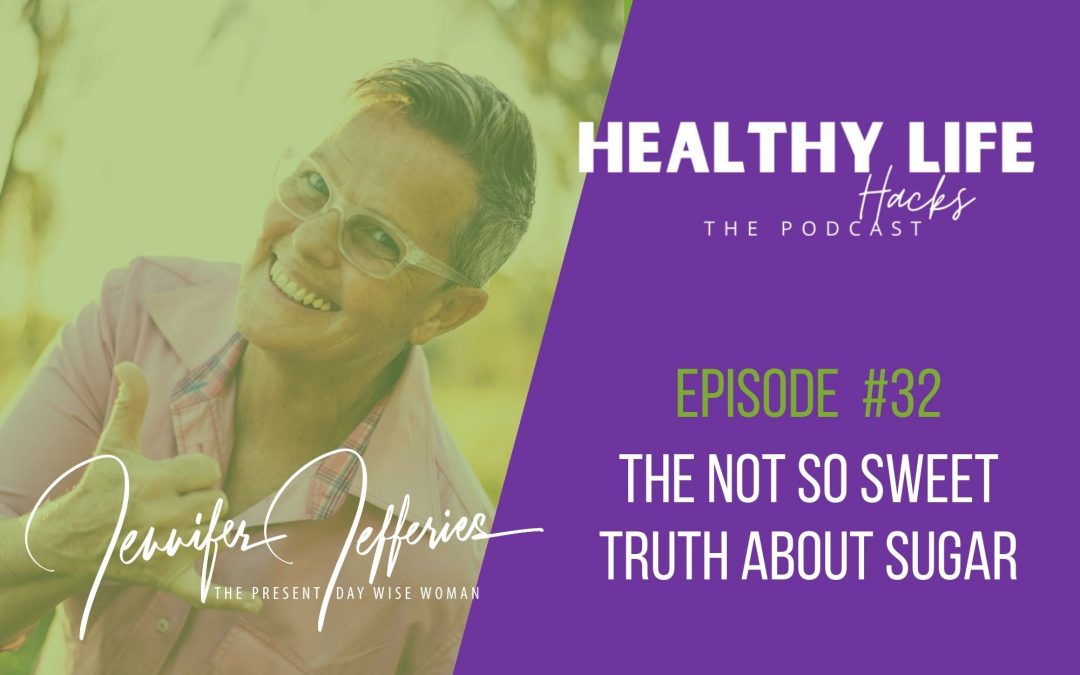 Ever wondered what the difference is between sugars? In this episode, Jen delves into the facts about Stevia, Xylitol, Sorbitol, Coconut Sugar, Maple Syrup and Agave and reveals the good sugars and some surprisingly bad ones.

Did you enjoy the podcast today? Please let me know by leaving a review on Apple Podcasts. Every month I draw one lucky reviewer to have a free one-hour consultation with me. Also, remember to subscribe wherever you’re tuning in from so that you always catch the next episode.

Have you ever wondered what the difference is between all of the sugars on the market? Let’s jump in and get to the bottom line.

Stevia is widely considered to be safe when used as a sweetener. Stevia is about 300 times sweeter than sugar and has no calories. It comes from a plant, so some consider it a “natural” rather than an artificial, sweetener.

Aspartame and sucralose, by contrast, are totally cooked up in a lab. The stevia plant is part of the Asteraceae family, related to the daisy called sweet leaf are native to New Mexico, Arizona and Texas, Paraguay and Brazil, where people have used leaves from the stevia bush to sweeten food for hundreds of years.

So, you think yay natural! However, it isn’t natural if you’re buying a blend that’s 99.8% Erythritol, a fermented sweetener made from genetically modified corn, with a pinch of refined stevioside powder.

Your stevia can be processed, mixed with chemicals, blended in a hundred ways, and still legally be called “stevia”. So be careful.

Xylitol doesn’t spike blood sugar or insulin, and it’s said to starve the plaque-producing bacteria in your mouth and feeds friendly microbes in your digestive system. Xylitol stops bacteria from living by starving it, and acids are not created, which alters the pH.

Xylitol is a naturally occurring alcohol found in most plant material, including many fruits and vegetables. It is extracted from birch wood to make medicine. It’s also used widely used as a sugar substitute and in “sugar-free” chewing gums, mints, and other candies.

So, again you think yay!

However, while xylitol is widely used, sorbitol is the most commonly used sweetener in sugarless gums because it is cheaper than xylitol and easier to make into commercial products.

So, what is sorbitol? Sorbitol is a naturally occurring sweetener synthetically extracted from glucose. It’s a laxative. Sorbitol works as a laxative by drawing water into the large intestine and stimulating bowel movements. The not so sweet outcomes can be flatulence, bloating, cramping, and other abdominal discomforts.

Coconut sugar has a lower glycaemic index (35) than white sugar (60 to 65), and it doesn’t spike your blood glucose, and insulin like table sugar does. Honey and agave syrup are low on the glycaemic index scale too.

While standard table sugar is pure sucrose, coconut sugar only contains about 75% sucrose. Coconut sugar is a good option.

Maple syrup is a less harmful version of sugar, like coconut sugar. The basic ingredient in maple syrup is the sap from the sugar maple or various other species of maple trees.

It consists primarily of sucrose and water, with small amounts of the monosaccharides glucose and fructose have from the invert sugar created in the boiling process. Maple syrup is about as sweet as sugar. It also has the same antioxidant and anti-inflammatory properties as green tea, which is also a superfood.

Maple syrup offers health benefits, just like blueberries, red wine and tea. It’s still a sugar though, so use in moderation.

Agave syrup is much higher in fructose than plain sugar, and it has a greater potential to cause adverse health effects, such as increased belly fat and fatty liver disease.

It contains 60 calories per tablespoon – versus 48 for table sugar – but because it is about 1.5 times sweeter than sugar, you can use less of it. Nutritionally, agave syrup is similar to high-fructose corn syrup. So, agave is not so cool.

So, what’s the best solution to sweeten?

Stevia is probably the healthiest option, provided it is from the sweet leaf plant. Natural sugars like maple syrup, coconut sugar, molasses, and honey are also less harmful than regular sugar as they are closer to nature, and the body knows how to deal with them.

So, the healthy life hacks I want to leave you with today are:

Did you enjoy the podcast today? Please let me know by leaving a review on Apple Podcasts. Every month I draw one lucky reviewer to have a free one-hour consultation with me. Also, remember to subscribe wherever you’re tuning in from so that you always catch the next episode.

Are you looking for more great resources? Get a free copy of my Feed Your Body ebook here and be sure to explore my blog while you are there. 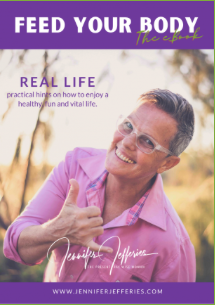