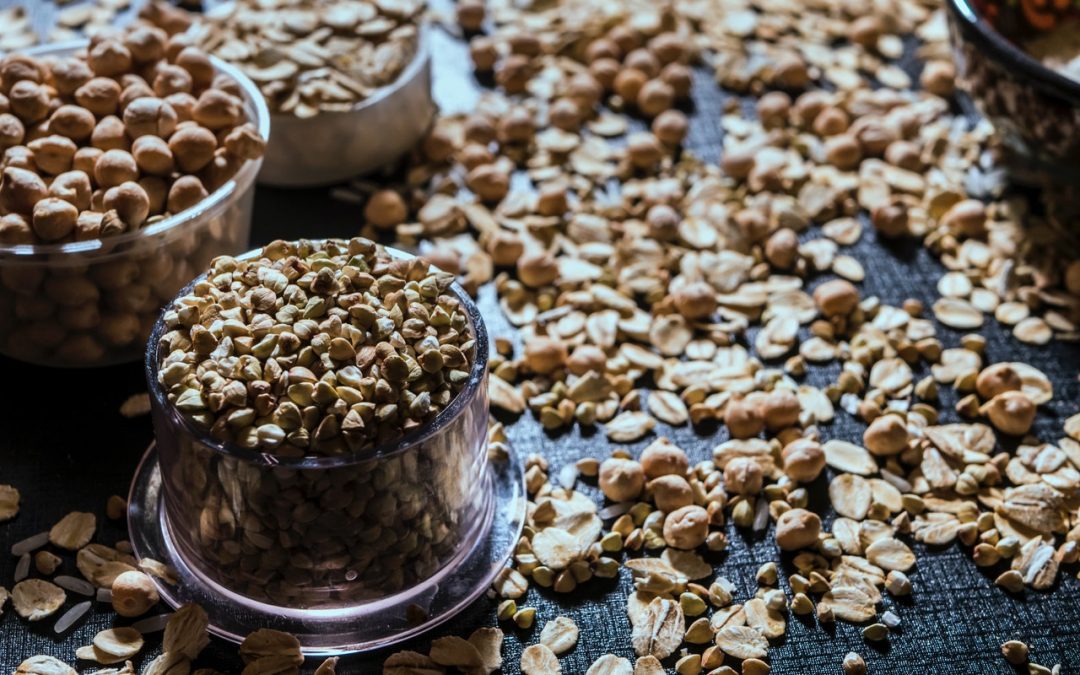 ‘Bum Glue’ is the term I use to describe refined and processed grains. Do you remember at school, we used to make glue out of white flour and water? Remember how it smelled after a few hours and how it set like cement when you used it? Well, that same cement-like action is happening inside your body every time you eat white breads, pasta and rice. And after it has been in there for a while, it becomes foul, sticking to the walls of your bowel and sucking the life out of you.

Ideally, you should avoid grains that have had the wheatgerm removed, which is what white bread is. The germ is where most of the nutrients live. Refined and processed grains are acid-forming (high in phosphorous) and when consumed as flour, tend to cause problems in the gut (such as bloating), the brain and the joint capsules. Refined grains are also very high in phytates, which latch onto water-soluble nutrients including vitamins B and C and minerals such as calcium, chromium and magnesium. So while you could be eating what appears to be a healthy sandwich containing meat and salad on white bread, the reality is that you are not going to absorb the essential nutrients because the refined grains leech the goodness away. If you did nothing other than replace white grains with brown in your diet, your basic level of health would increase dramatically.

Most commercial wholegrain breads are made with a white wheat base and most of the supermarket rye breads, in particular light rye, are made with only about nine per cent rye flour, the remainder is primarily refined white flour. Learn to read the packaging of the foods you buy, and learn to look for hidden ingredients. Biscuits are a classic food, which is based on white flour 99 per cent of the time. There are some brands nowadays that are making wholemeal varieties, which are a much better alternative. Anything that you bake or buy that contains white flour can be also made using wholemeal flour, which cooks just the same, tastes great and won’t glue up your body as much as white flour will.

Today, people are eating hundreds of kilograms of refined white flour, white rice and sucrose every year, and that’s enough processed high-glycemic carbohydrate to destroy anyone’s insulin metabolism. High- glycemic carbohydrates are refined and processed foods that cause the body’s blood sugar to rise too fast, resulting in the body over reacting. It stimulates excess insulin causing energy levels and moods to ride a roller coaster. By middle age, or even earlier, this can lead to the development of adult onset diabetes and obesity.

And don’t think that because kids are young the quality of the food they eat doesn’t matter; it is vital. Over time, processed foods such as hamburgers, soft drinks and ice cream damage them on the inside. And with

the sedentary lifestyle many kids now lead, instead of burning it off, it burns them out.

Ideally don’t consume refined grains the majority of the time. The world will not end for having a croissant once a week, but if you eat refined and processed grains daily you are going to get into trouble.

So what do you do when you realise that you may have a little ‘bum glue’ stuck from years of eating refined white grains? The solution is easy. There is a grain called psyllium, it is the size of a sesame seed and you can buy the husks in the health food section of the supermarket or from the health food store. It is a wonderful raw fibre that has no taste. Psyllium makes poo bulkier, so that you can scratch off some of that gluey residue that has built up. The easiest way to take psyllium is to add two dessertspoons of the husks to a glass of juice in the morning, stir it in quickly and drink. If you let it sit in the glass it will get very thick and be very unpleasant to drink, so drink it down immediately. It has the consistency of a glass of orange juice with the pulp in it and no added taste.

In my clinic I would often see parents with kids and poo challenges as well. One of the suggestions I would give them was to make jelly for the kids by adding some psyllium husks to a cup of their favourite fruit juice and setting it in the fridge. When the kids then eat the jelly it helps to keep them regular and to clean their digestive system at the same time. Check with your naturopath before giving psyllium to your child.

Important note: When adding psyllium husks to your diet always make sure you are drinking your daily quota of water, the psyllium needs water to help create bulk and move the gluey bits.